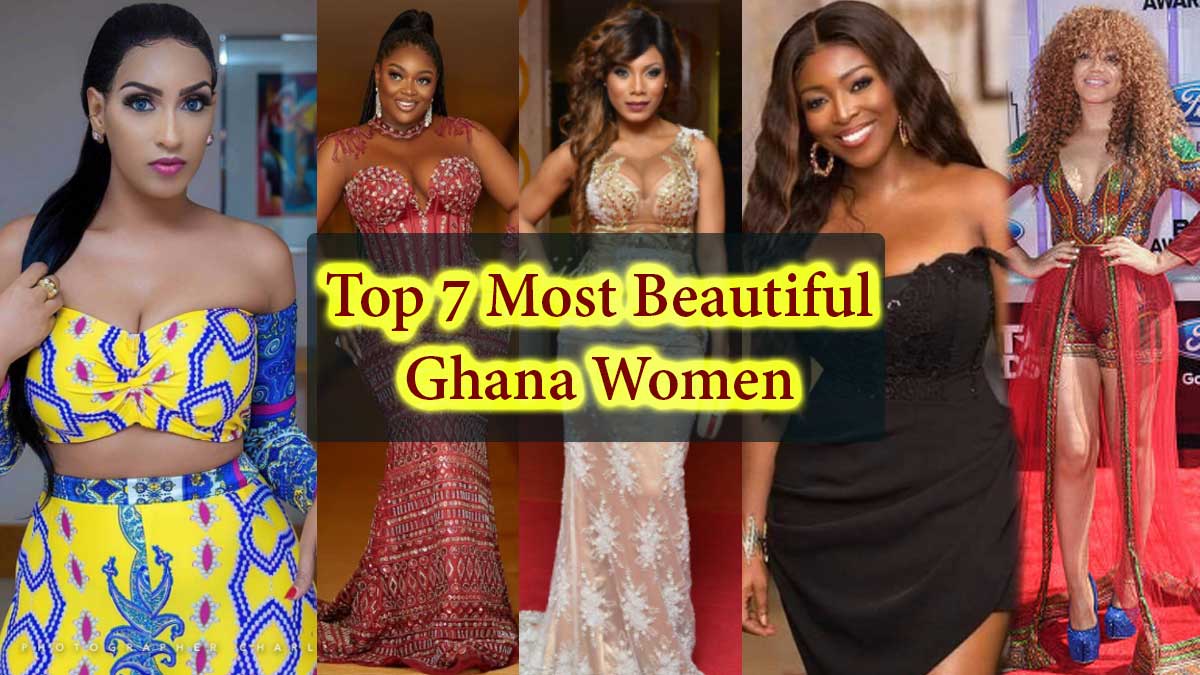 Most Beautiful Ghana Women: All over the world, Ghana women are known to be the sweetest and Beautiful women on the planet, and this list will show that this last statement is absolutely accurate.

Like women from other parts of the world, Ghana women are also quite passionate and caring. But one outstanding quality of these women is that they age quite well, you may not be able to tell the age of some very old women.

List of Top 10 Most Beautiful Ghana Women in The World with Pictures, Gorgeous Girls Short Details, Biodata of Actresses in Ghana, West Africa

So let’s quickly move on to the list of the 7 most beautiful Ghana women.

Juliet Ibrahim is a Ghanaian actress, film producer and singer of Lebanese, Ghanaian and Liberian descent. She won the Best Actress in a Leading Role award at the 2010 Ghana Movie Awards for her role in 4 Play.

She has been referred to as the “Most Beautiful West African Woman” according to A-listers Magazine.

Nadia Buari is a Ghanaian actress. She received two nominations for Best Actress in a Leading Role at the Africa Movie Academy Awards in 2009.

In 2019, Buari revealed in an interview that she is married and has four children.

Jackie married Peter Agyemang in 2005 with whom she had one son, Damien. They divorced after three years of marriage.

Yvonne Nelson is a Ghanaian actress, model, film producer and entrepreneur. She has starred in several movies, including House of Gold, Any Other Monday, In April, and Swings.

On October 29, 2017, Nelson gave birth to her daughter Ryn Roberts with her ex-boyfriend, Jamie Roberts. The actress remained silent about rumors of her pregnancy until she announced the birth of her daughter through a WOW Magazine Cover.

She made her screen debut in Sticking to the Promise, a 2002 movie produced by the Nigerian producer Theo Akatugba, just after her Senior High Education.

She also played a cameo role in the hit series Tentacles by the same producer for Point Blank Media Concepts.

Martha Ankomah is a Ghanaian film actress and an entrepreneur.

Ankomah was born in Accra, Ghana, as the first-born of her single mother, Ankomah recalled encountering several challenges during her childhood.

Lydia Zynnell Zuh is a Ghanaian fashion icon, actress, writer, producer, television personality and philanthropist who hails from the Volta region of Ghana.

Zynnell Zuh joined the Ghana Movie Industry in 2004. Her first screen appearance was through the TV series ‘Sticking to the Promise’ by Point Blank Media.

The actress, who was discovered by Shirley Frimpong-Manso, shot into fame in 2010 after starring in several television series and movies, including ‘Tears of a Smile’. She later ventured into movie productions where she produced When Love Comes Around, which won an award at the 2015 Africa Magic Viewer’s Choice awards.

There’s no such thing as a typical Ghanaian girl. We vary in our physical features—just as we vary in our dialects.

The skin tones of Ghanaian girls also differ from rich dark skin, brown skin, to light skin. When it comes to height, the average Ghanaian girl is 5”4. But we have statuesque Ghanaian girls like myself and even petite ones too.

I will tell you one thing for sure though. Irrespective of the combination of physical attributes a Ghanaian girl may possess, she’s bound to be very beautiful.