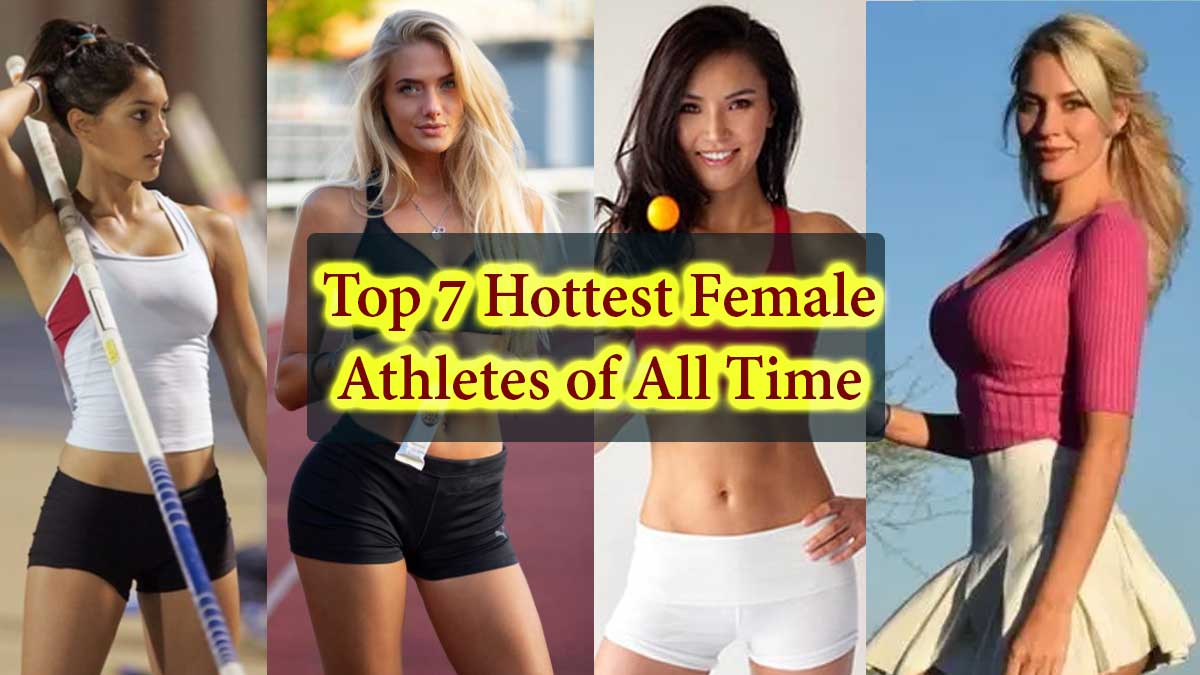 Top 7 Hottest Female Athletes of All Time: If you ask us the female athlete body type is the most attractive of all body types. I am sure this is not a big surprise coming from Top 7 Portal. We have painstakingly researched female athlete after female athlete to come up with the 7 hottest female athletes today.. It was a tough job but someone had to do it.

Anna Sergeyevna Kournikova is a Russian former professional tennis player and American television personality. Her appearance and celebrity status made her one of the best known tennis stars worldwide.

Kournikova inspired a generation of young girls by showing athleticism and good looks can blend. She also inspired countless teenage boys to lock their rooms and enjoy their privacy while looking at her photos. Kournikova was the only reason why some folks randomly watch an Enrique Iglesias music video.

Maria Yuryevna Sharapova is a Russian former world No. 1 tennis player. Although she played under the banner of Russia with the Women’s Tennis Association, she has lived in and been a United States permanent resident since 1994.

Sharapova has been suspended from tennis activities after failing a drug test but no governing body on this planet will stop us from putting her on this list. If you ask us, flunking a drug test is more forgivable than having dated Sasha Vujacic.

Natalie Anne Gulbis is an American professional golfer who plays on the U.S.-based LPGA Tour.

The first time we heard Fantasy Golf, statistics weren’t the first to pop in our minds. Instead, it was the image of Natalie Gulbis walking with just a bikini on a golf course. Of course, that outfit will never be accepted by the LPGA committee but at least there are publications like FHM to make our dreams come true.

To be honest, we don’t know how Wie is going on the LPGA Tour. All we know is that watching a hot oriental beauty like Wie work the stick is gold.

Danica Sue Patrick is an American former professional racing driver. She is the most successful woman in the history of American open-wheel car racing—her victory in the 2008 Indy Japan 300 is the only win by a woman in an IndyCar Series race.

Patrick definitely adds a needed spice for the male-dominated sport of car racing. Not all people follow NASCAR, but the arrival of Patrick to the sport lured a big fragment of the bro populace to watch the sport.

6. Heather Mitts – Football defender – Who is the hottest female sports star of all time?

ESPN had a poll back in 2004 of the hottest female athletes alive and our girl Heather Mitts got the most votes. The only way she would’ve failed to top that survey was if Cleopatra came back to life and played nude beach volleyball. That’s saying a lot about the male attraction this former soccer national team player generated.

Jennie Lynn Finch Daigle is an American former softball player. She played for the Arizona Wildcats softball team from 1999 to 2002, where she won the 2001 Women’s College World Series and was named collegiate All-American.

Before she became an ESPN personality, Finch played as a softball pitcher for the Arizona Wildcats and the USA national team. Her sport isn’t exactly America’s pastime, but ogling at her body on the mound was one of the finest experiences in a softball game any bro could have back then.

What sport has hottest female athletes?

Who is the hottest girl on TV?