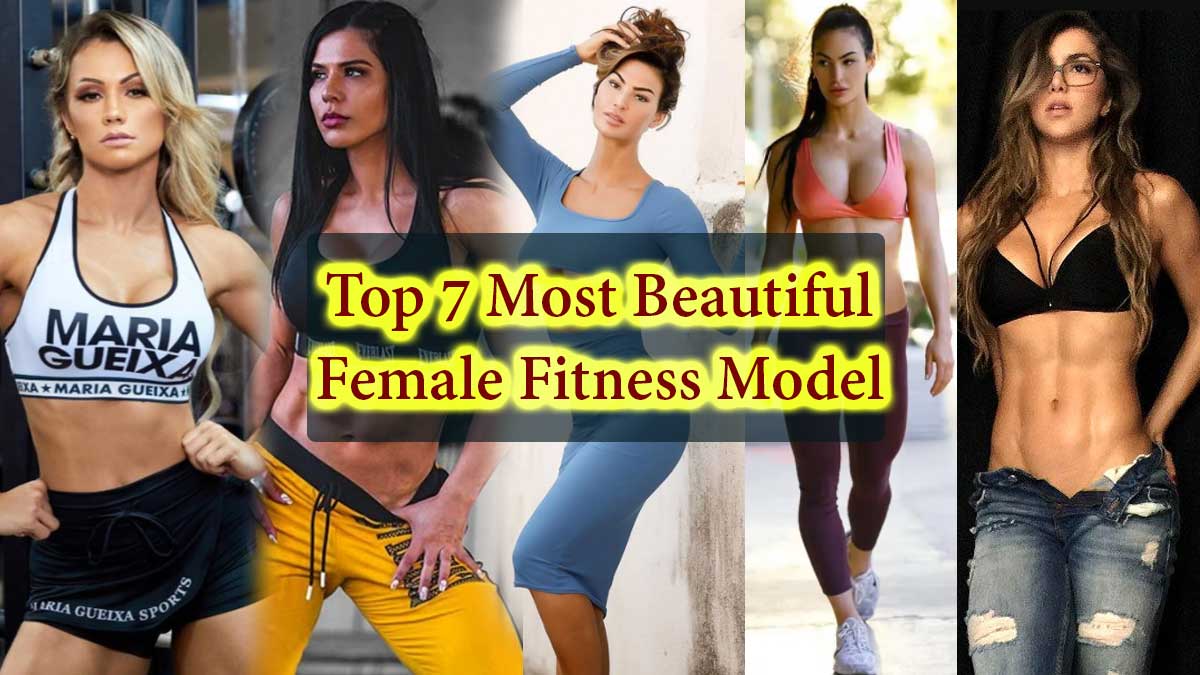 Instagram helps you keep up with the world as the famous people that you look up to. However, that is not the only use of Instagram.

You can learn and teach new things through this platform as well. Fitness is one of those things.

Fitness is the key to a healthy life. Everyone wants to be fit but a lot of lack the motivation and stay confused with where to start.

Instagram has many certified fitness models that can help you with workouts and diets while keeping you motivated. They also serve as inspiration for what hard work can help you achieve.

Katelyn Runck is an American fitness athlete who competes in the WBFF Pro Fitness Model division. She boasts an impressive resume – modeling for world-class sports brands and clothing companies.

What’s more, Katelyn is also a recognized online coach. Through her expert advice, she helps people develop their dream bodies.

With her outstanding figure, Katelyn is admired by fitness enthusiasts from the world over. She continues to motivate her ever-growing fan base with her message to “believe in yourself, take on your challenges, dig deep within yourself. Let nothing stand in your way.”

Ana Cheri is a Southern Californian. She has Native American, Latina, and Caucasian heritage.

As a result of her Instagram success, local California brands began to offer her modeling offers. She also gained the opportunity to endorse national brands. She appeared in posters and brochures for companies like Punch Magazine and Toyo Tires, as well as promotional ads for FOX Racing and Long Beach Grand Prix D1.

Viviane “Vivi” Winkler is a well-known fitness model and bodybuilder from Rio De Janeiro, Brazil. She rose to the top of the Brazilian fitness scene in 2016.

Living in a location that’s know for bodybuilding, and the world’s most famous beaches, Vivi immersed herself in the bodybuilding scene.

She’s a lovely woman who is also very dedicated and passionate about bodybuilding and is probably one of the most beautiful athletes in the world.

After securing her dreams of becoming a professional fitness model, and creating her dream physique, Vivi’s Instagram account (@viviwinklerwellness) has attracted a large number of followers. This is where she’s generated international interest from women all over the world looking to improve their physique.

Known more as Jen Selter, Jennifer was born in Roslyn, New York in 1993. Jen had a rough life growing up. She was the daughter of a single mother and got constantly bullied for her appearance. Her self-conscious led to her getting rhinoplasty at age 15. Soon, she developed a love for fitness and starting dieting and working out.

Top female fitness model and internet celebrity Jen Selter is only 26 years old but she has made quite the name for herself. Her passion for fitness started in high school when she worked at the front desk of a gym. She found working out to be a way to relieve stress and before she knew it, she would pave the way for other social media influencers.

Selter apparently played a part in popularizing the “belfie” or butt selfie and her signature “Seltering” poses. She has also been featured in several publications such as Women’s Health, Vanity Fair, Cosmopolitan, The New York Post, and Elite Daily.

Paige Marie Hathaway was born on July 31, 1987, in Minnesota. Her father was an alcoholic. Her parents divorced when she was a baby and she had to move from one parent to another during a fierce custody battle. She and her mother lived in a trailer and survived on government aid.

Definitely one of the more popular female fitness models, Paige Hathaway began her journey in 2011. Hathaway is from Minnesota originally and has achieved such huge success over the years. Although, her childhood was rough dealing with the divorce of her parents and custody issues.

Anllela Sagra has a killer physique that she isn’t shy about showing off. Her figure has received a lot of attention from top names in the industry and before she became really popular, she was a fashion design student who would model (fashion) a few times per week.

But she became very serious about fitness and wanted to compete, of which she placed 3rd at her first competition. Sagra’s move to the US from Columbia was apparently the best move the 28-year-old made because it paid off big time!

It’s quite obvious Eva Andressa works her butt off to rock that type of body and she definitely deserves the recognition. Of course, she used to compete professionally which makes sense. Her most notable accomplishments include.

Eva Andressa grew up in Pine Nut Land, Curitiba, Brazil. She considered herself a skinny girl in her teens and worked out to help thicken her figure. Although she worked out for a while in the gym, she gave up due to not having a personal trainer or knowledge of fitness.

She eventually met her future husband, Jardel Barros, who was athletic. This inspired Eva to return to her training.

She entered her first competition at age 21 – Brazil’s NABBA Bravo Cup and was awarded the Figure championship.

Based in Miami, Florida, Katya Elise Henry has truly got it going on. She’s also a WBFF Pro as well as a trainer and model who has inspired and helped to transform so many people around the globe.

Brazilian model Bru Luccas went from McDonald’s worker to popular fitness figure and business owner. She’s also one half of a duo with her sister called Body & Sisters on Instagram. There’s no way she wouldn’t belong on this list.

Lauren Drain has one of the most interesting stories out there that she turned into a book, and became a New York Times bestseller. She’s a Registered Nurse, personal trainer, and Bikini Pro who owns her own business. Despite her unfortunate early years where she was forced to conform to a cult, she’s done amazingly well and is happily married.

Gracyanne Barbosa is a Brazilian fitness model and Carnaval dancer who began her rise to stardom after financial issues led her to pursue dancing and modeling. She posed for Playboy Brazil in the February 2007 issue and then caught the attention of many after a video was shared of her squatting around 450 lbs.

The 15 Best Female Fitness Influencers on Instagram in The World

Australian-born Tammy Hembrow most recently posted a pretty racy photo that caught the attention of the media. And she isn’t afraid to show what she has worked for. She’s a mother of two at age 26 and started her personal brand in 2015 and seeks to teach women how to live a healthier and more fit lifestyle.

Canadian fitness model Amanda Lee is admittedly shy, however, that hasn’t stopped her from making her presence known. She was very skinny in her younger years of which she despised but thanks to her mother who was a personal trainer, Lee was able to find herself and her passion.

She then rose to fame on Instagram after a famous dancer tagged her and before she knew, the followers and opportunities started to flood in.

A former top CrossFit competitor who placed 14th at the 2015 CrossFit Games, Brooke Ence is as impressive as they come. So much so in fact, that she has had some pretty good success with acting. Ence has had roles in the films Wonder Woman (2017), Justice League (2017), and Black Lightning (2018).

The Utah native was always athletic and competitive which seemed to really pay off. Ence said she was making a comeback to CrossFit competition in 2020 seeing how popular she is, that would be an exciting build-up for her and fans.

Karina Elle is on every female fitness model crush list. She’s a former athlete and Bikini competitor having won the World Fitness Federation Pro Bikini Championship. The part Asian/part European model is known for her slender and athletic physique standing at 5’11 tall.

She found a ton of success in her 20’s and has become one of the most in-demand female fitness models. Elle also has her own website for training and inspiring.

Personal trainer and fitness model Emily Skye founded Emily Skye FIT which is the culmination of her years being involved in the industry. But she wanted to do more and now how an online program consisting of everything women need to be healthier and more FIT.

Emily Skye is also the co-founder of a cosmetics brand James cosmetics. And she’s currently expecting a baby boy.

Anna Nystrom is a health/fitness/lifestyle YouTuber from Sweden with 8.6 million followers on Instagram. She experienced a few setbacks while studying for design and fashion due to health issues. However, she was able to turn things around by learning about health and fitness which led to her becoming a personal trainer and the rest was history.

Nystrom developed a passion for social media and used those platforms to inspire so many people. She was also able to follow her passion for design and fashion by launching the workout clothing line Ryvelle® in 2018.

Who is the top female fitness model?

Which fitness influencer has the most followers on Instagram?