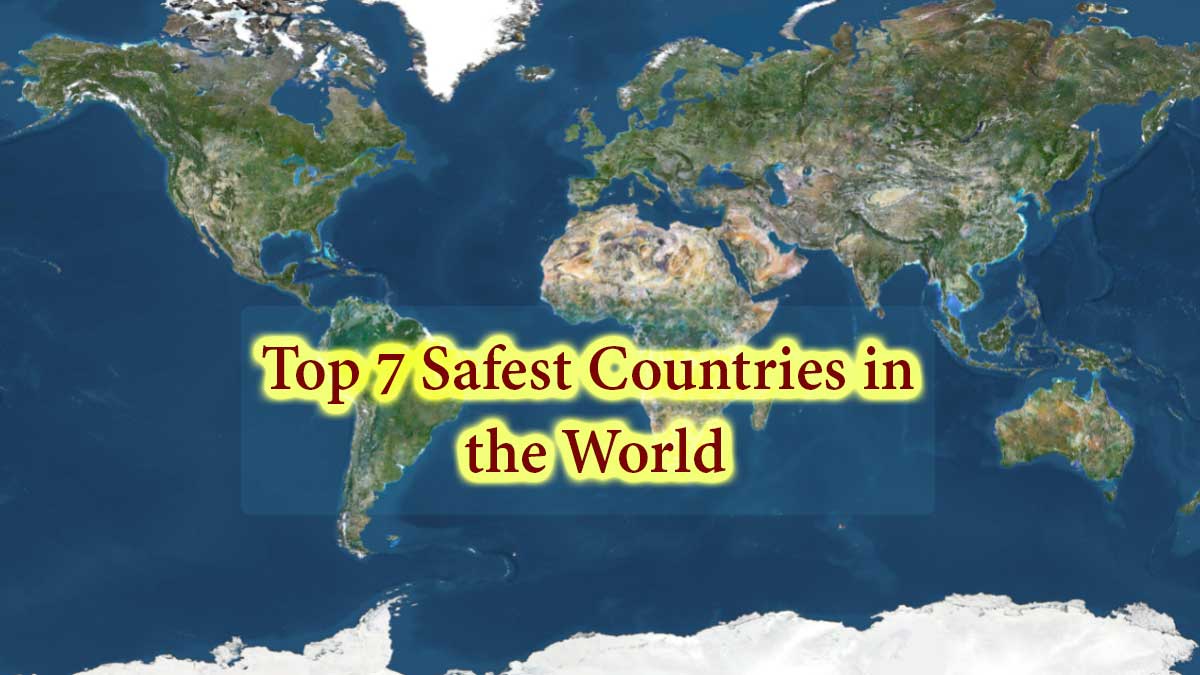 In 2022, Iceland is the number one safest country in the world, according to the Global Peace Index. This index ranks countries on a range of factors including their safety and security, political stability, and involvement in conflicts.

We all know there’re so many beautiful places to visit in the world but not all of them are safe. As a tourist, one thing always arises in mind the country you are going to travel is safe or not? How you will know which country is safe to travel to?

Iceland, a Nordic island nation, is defined by its dramatic landscape with volcanoes, geysers, hot springs and lava fields. Massive glaciers are protected in Vatnajökull and Snæfellsjökull national parks. Most of the population lives in the capital, Reykjavik, which runs on geothermal power and is home to the National and Saga museums, tracing Iceland’s Viking history.

Since 2008, this tiny island nation in the North Atlantic Ocean has been named the most peaceful country in the world. Location and population (approximately 330,000 in 2015) certainly contributed to its impressive 1.096 overall GPI, but Iceland’s reign at the top can’t be denied.

The country is one of the hottest destinations for tourists and with stunning landscapes and a world class capital city, Iceland is as beautiful as it is safe.

New Zealand is an island country in the southwestern Pacific Ocean. It consists of two main landmasses—the North Island and the South Island —and over 700 smaller islands, covering a total area of 268,021 square kilometres.

We all know New Zealand is a beautiful country for travelers where you can enjoy several interesting tourist destinations and adventurous trips. You can enjoy some stunning beaches and beautiful places in New Zealand.

No doubt, New Zealand is the happiest and safest country but not at the top. There are still a few internal conflicts and minor violence you will find that’s why New Zealand comes at the 2nd ranking with a 1.221 GPI score.

Austria is among the top tourist destinations around the world. You can find so many best places to visit in Austria as a tourist. With a 1.291 GPI score, Austria successfully holds the 3th position in the list of safest countries in the world.

Austria is a good neighbor of both Germany and the Czech Republic and both of these countries are also high in ratings which is a good thing. You will see very low weapon imports and conjugative peaceful elections in Austria which make this country successful to achieve such a high point regarding the safest country in the world.

You Can Know:- Top 10 Most Hottest Austria Instagram Models 7 Vienna Influencers you should be following for inspiration

Portugal is a southern European country on the Iberian Peninsula, bordering Spain. Its location on the Atlantic Ocean has influenced many aspects of its culture: salt cod and grilled sardines are national dishes, the Algarve’s beaches are a major destination and much of the nation’s architecture dates to the 1500s–1800s, when Portugal had a powerful maritime empire.

Overlook Portugal no longer. The coastal country is home to some of Europe’s best castles, incredible cuisine and Instagram-worthy sunsets. Its GPI score of 1.318 only adds to its luster. Book a trip to the capital city of Lisbon to experience a stunning mix of ancient sites and modern wonders.

Denmark is a Scandinavian country comprising the Jutland Peninsula and numerous islands. It’s linked to nearby Sweden via the Öresund bridge. Copenhagen, its capital, is home to royal palaces and colorful Nyhavn harbor, plus the Tivoli amusement park and the iconic “Little Mermaid” statue. Odense is writer Hans Christian Andersen’s hometown, with a medieval core of cobbled streets and half-timbered houses.

Scandinavia is one of the safest regions you can visit with Norway and Sweden ranking in the top 7, but it’s Denmark that stands alone with a GPI score of 1.353. Known as the happiest country, the southernmost Nordic country features world-class museums, unique amusement parks and historic architecture.

Canada is a country in North America. Its ten provinces and three territories extend from the Atlantic to the Pacific and northward into the Arctic Ocean, covering 9.98 million square kilometres, making it the world’s second-largest country by total area.

The only North American country to crack the top 7 (sorry, U.S.) with a GPI score of 1.372, Canada offers something for everyone. Whether you’re looking for a rural adventure or big-city excitement, our neighbors to the north can accommodate.

The Czech Republic, also known by its short-form name Czechia is a landlocked country in Central Europe. It is bordered by Austria to the south, Germany to the west and northwest, Poland to the northeast, and Slovakia to the east.

This land-locked country is on the rise. In 2017, the number of foreign visitors to the Czech Republic reached 10.2 million and with a 1.381 GPI score, it’s one of the safest European countries you can visit. We recommend the cobblestoned streets of Prague, but be sure to venture outside the city to experience a countryside unlike any other.

What is the safest country in the world and why?

1. Denmark. This Scandinavian country is generally considered one of the safest countries in the world. …
2. Iceland. Iceland tops the Global Peace Index, which ranks countries according to safety and security, ongoing conflict and militarisation. …
3. Canada. …
4. Japan. …
5. Singapore.

What are the 10 safest country in the world?

What’s the most unsafe country?

The most dangerous countries to visit in 2022 are Afghanistan, Central African Republic, Iraq, Libya, Mali, Somalia, South Sudan, Syria and Yemen according to the latest Travel Risk Map, an interactive tool produced by security specialists at International SOS

What is the top 10 safest city in the world?